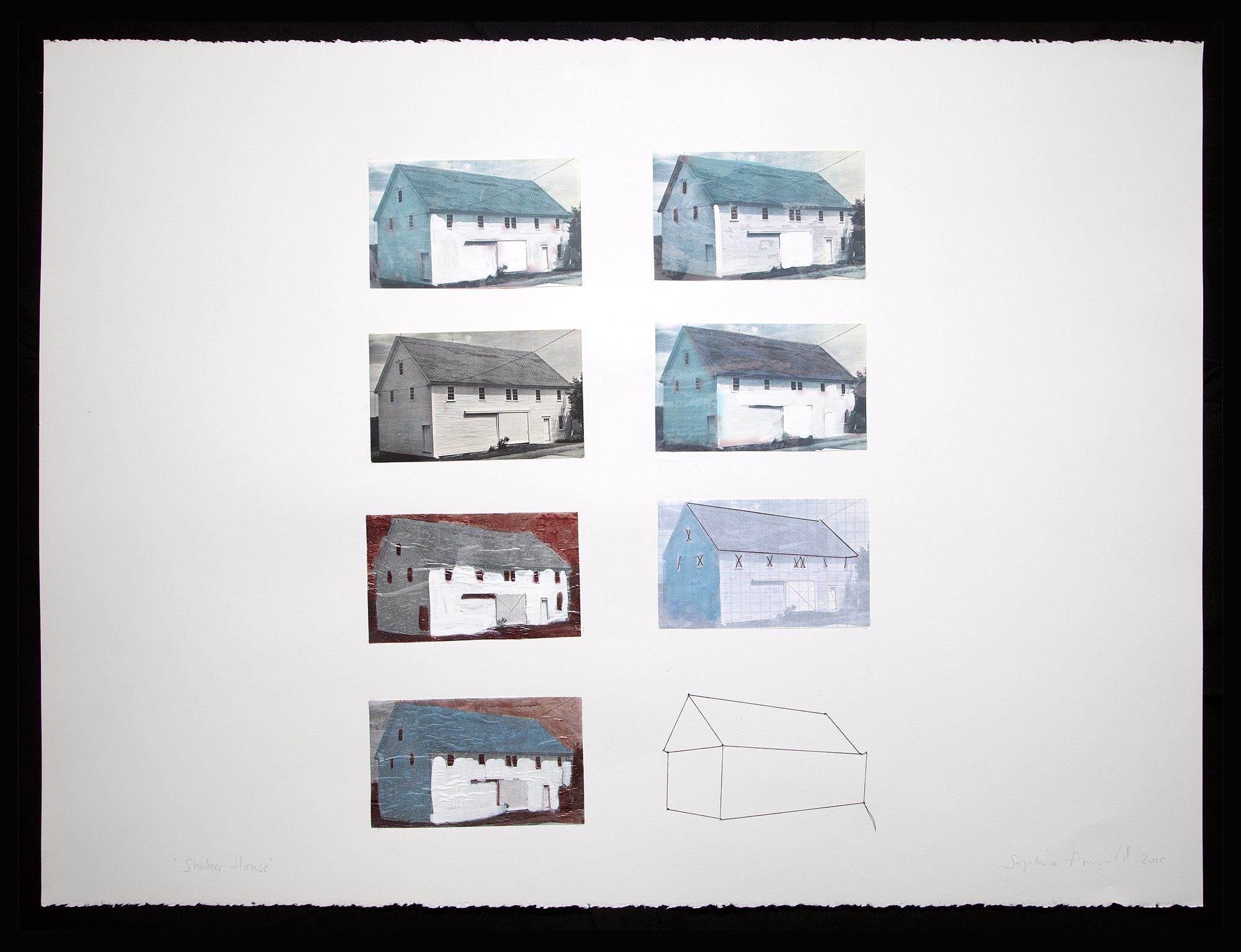 How does your work reflect, respond to, or intervene in the real?

I tend to work instinctually and don’t analyze my work after the event. I think all art reflects the political climate of its time even if it is on a subconscious level.

How do you think about your work in relation to the history of particular forms, processes, or artistic genres that you work is inspired by?

For many years, I have been interested in bridging the gap between abstraction and figuration through the medium of collage. In the past, I have often incorporated found images—such as photographs and postcards—in my work, but after traveling in India in early 2014, I became deeply inspired by the vibrant colors I encountered, and began a series of watercolor paintings that I have been developing as large-scale collages and mixed media works. The paintings, inspired by the natural landscape of India, combine figuration and a reduction of forms. I approached these in much the same way I would a collage: putting down a surface of color then adding other colors to create a laying effect and to build up texture and tone. The use of current media materials while in India allowed me to imbue the work with a sense of immediacy, while the incorporation of Hindi texts within my paintings has helped me to experiment visually with unique textures and patterns.